This post features examples of student work based on my Shepard Fairey inspired project. We go over editing the photos so they pop, and have high contrast. And then we break down the parts that the artist employs in his compositions. 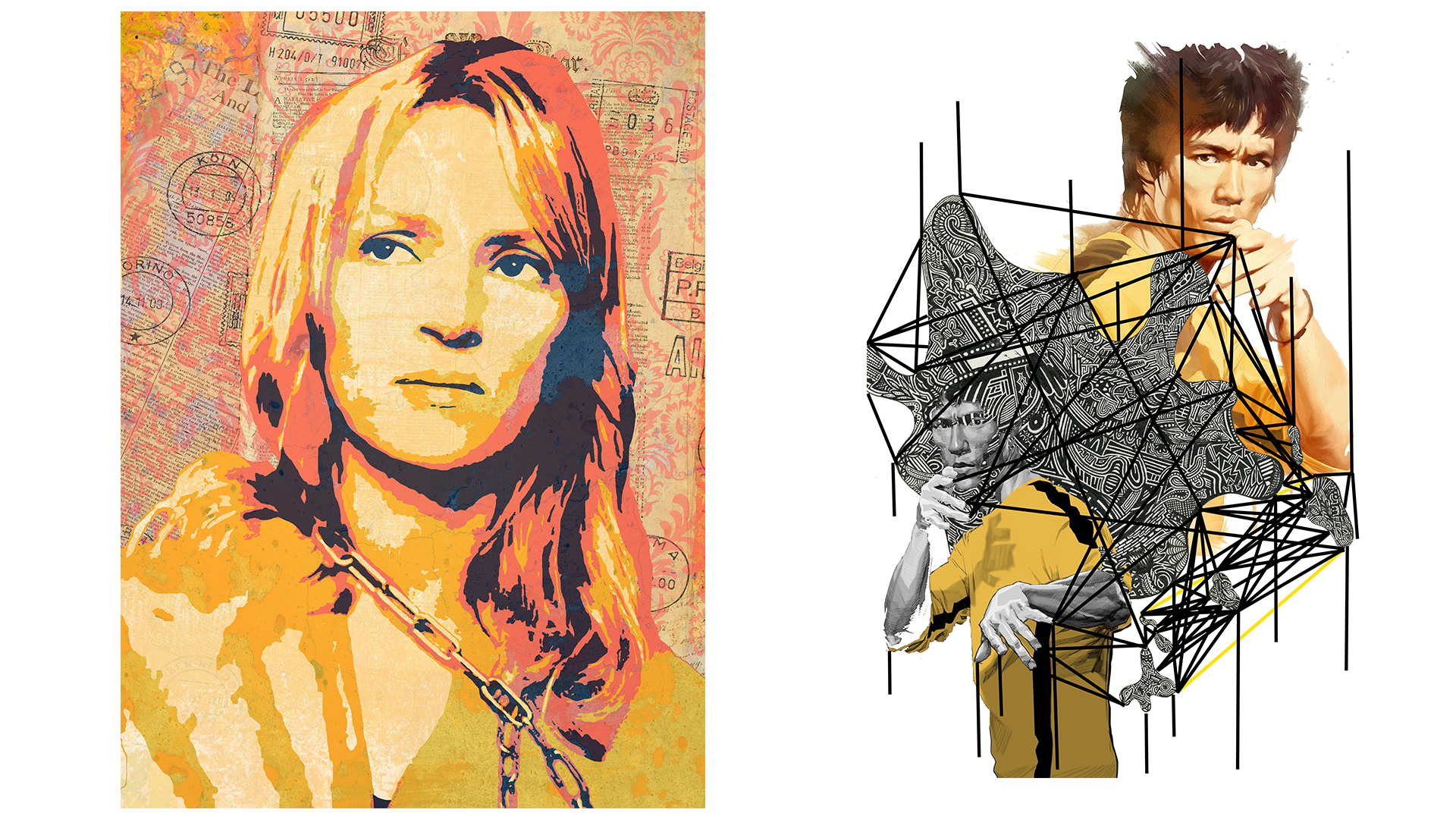 Some students stick to Shepard Fairey’s style more than others. The two images above were created by Rianne and Rey.

In Rianne’s composition she edited a photo of Uma Therman so it had very high contrast. She added noise and distress so it felt like a paste up and then chose an analogous color palette.

While on the right Rey combined digital painting with drawings taken from his own sketchbook.

The two images above were created by Steven and Roi for the same project.

Steven  (left) chose a character from the British tv show Top Gear and of the four examples probably stayed closest to Fairey’s style. I really like how he incorporated the typography into the overall design.

The red composition on the right screams high energy. Roi used found images and created patterns in Photoshop and Illustrator. While the wolf heads read almost low resolution because of the rough edges, I think it works because it adds texture to an otherwise flat work of art. It almost feels like embroidery and adds a “homey” quality. Almost feminine.

And if you are interested, Shepard Fairey has a project called Amplifier Art. As you know artists can have a powerful voice. Visit their website to see their latest call outs. And if you are a teacher they have free downloads for the classroom.